The AMA Coalition for Justice and Police Reform is working toward these five goals:
1. A federal investigation by the Justice Department to include criminal and civil rights violations, as well as a federal audit of patterns and practices of the Portland Police Bureau.
2. Strengthening the Independent Police Review Division and the Citizen Review Committee with the goal of adding power to compel testimony.
3. A full review of the Bureau's excessive force and deadly force policies and training with diverse citizen participation for the purpose of making recommendations to change policies and training.
4. The Oregon State Legislature narrowing the language of the State statute for deadly force used by police officers.
5. Establishing a special prosecutor for police excessive force and deadly force cases.

The AMA Coalition for Justice and Police Reform follows these three principles:
--Embrace the five goals.
--Accept the principles of non-violent direct action as enunciated by Dr. Martin Luther King, Jr.
--Work as a team in concert to achieve the goals. 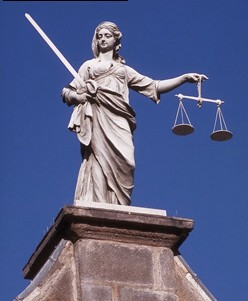 After the City dropped its appeal in December, Judge Simon set the date
for the annual Status Conference on the US DOJ Settlement Agreement,
which will include a Fairness Hearing for the community.
NOTE: Time was moved to 9 AM on Thurdsay, April 19. (as of 4/5/18!)

The proposed schedule includes introductory remarks by the Court and four Parties to the suit, followed by public testimony at the Fairness Hearing lasting until a 1 PM lunch break. In the afternoon the parties and the Compliance Officer will present to the judge about the status of reforms and the proposed amendments.

It will be in Judge Simon's Courtroom at the Federal Courthouse, 1000 SW 3rd at Salmon St. Remember they have airport-like security where you have to show ID and go through metal detectors, so arrive early.


Check back here for more information! FOR IMMEDIATE RELEASE September 16, 2015

The AMAC's primary concerns about the City's compliance, addressed by the DOJ's Assessment, relate to officer accountability and community engagement. Foremost, as the DOJ notes, the City has not yet acted on the "48 hour rule" -- a provision in the Portland Police Association's Collective Bargaining Agreement that provides for 48-hour advance notice before an officer is interviewed in an investigation that could lead to disciplinary action. As the City has been told time and time again, this practice departs from national policing best practices by not requiring statements from officers in a timely fashion. The DOJ has found the City has not fully complied on this issue, and the AMAC urges the City to take timely and effective action.

The DOJ's Assessment notes the City's shortcomings in several other areas required by the Settlement Agreement. First, although officers are required to report other officers' constitutionally questionable uses of force, the recent case involving the tasering and beating of teenager Thai Gurule demonstrates that this did not happen. The community awaits accountability regarding that case, specifically whether any officers will be held accountable for their conduct -- a Multnomah County Circuit Court judge found the involved officers had unlawfully stopped the teen and were not credible in describing the incident. Second, the AMAC agrees with the DOJ's critique of the IPR system, which noted that the PPB's multi-track system adds to the byzantine structure of administrative investigations. The AMAC has been long advocating what the DOJ's candid assessment states: that as part of a global assessment of administrative investigations, the City must simplify its system. In so doing, the City should refer to the numerous existing reports and recommendations for reform of this system, including the 2010 Police Oversight Stakeholder Committee Report. Third, the AMAC shares concerns highlighted by the DOJ Assessment about the City's failure to investigate allegations of intimidation against the PPA President, and the City's removal of the disciplinary history for Capt. Mark Kroeger. The former was not investigated because of a "special relationship," and the latter was done despite the fact, as the DOJ put it, that "nowhere ... is there a means to erase past sustained findings from an officer's record."

Likewise, the AMAC urges the City to not only strongly heed the DOJ's recommendation that the City use community members with lived experience of mental health issues in actual training, but also to add community members in other aspects of training. Furthermore, the DOJ highlighted many ways in which the Bureau treats deadly force incidents differently from other force incidents, including allowing officers not to fully fill out paperwork otherwise mandated. The AMAC suggests ensuring deadly force cases be treated the same way, including removing the provision in the PPA contract that limits independent civilian oversight investigations into such incidents. In terms of community outreach, the AMAC has suggested the City publish information about its meetings related to implementation of the Settlement Agreement in the more diverse media and publications, to strengthen outreach and community participation.

"The City has made progress, but the community needs to see more on some key issues of accountability and oversight. We strongly support the DOJ's Assessment, and hope the City takes the opportunity to improve in these areas, moving towards substantial compliance with all the reforms set forth in the Agreement," says Dr. T. Allen Bethel, co-chair of the Albina Ministerial Alliance Coalition for Justice and Police Reform.

The AMA Coalition put out a statement on August 29, 2014 supporting Judge Michael Simon's ruling on the DOJ Agreement.

Read the Coalition's statement on the AMAC's Press Releases page.

The AMA Coalition put out a statement on May 30, 2014 condemning the City of Portland for refusing to agree to annual hearings with Judge Simon on the US Dept of Justice Agreement.

Read the statement on the AMAC's Press Releases page.

During the Fairness hearing on Feb. 18-19, Judge Simon invited the public to continue submitting testimony on the Settlement Agreement between the DOJ and the City of Portland up until the end of the business day on Wednesday, February 26 (presumably 4:30 PM).

The timeline after that is:

Friday, Feb. 28: Judge Simon will pose questions to the parties based on the testimony.

Monday, Mar. 3: The court will release the transcript of the Fairness Hearing.

Tuesday, Mar. 11: The parties have to submit written response to testimony, which

AMA Coalition expresssed reluctance to do so).

Monday, Mar. 24, 9 AM: The judge will rule on whether to accept or reject the Agreement.

On December 19, 2013 the City of Portland, the Portland Police Association (PPA), the US Department of Justice (DOJ) and the Albina Ministerial Alliance (AMA) Coalition for Justice and Police Reform agreed to move forward with the process of settling the lawsuit filed by the DOJ. A Settlement Agreement regarding changes to the Portland Police Bureau (PPB), adopted by Council in November 2012, includes many positive changes that will address some of the issues discovered in the DOJ's pattern and practice investigation, which found the PPB uses excessive force especially when dealing with people who have or appear to have mental illness.

The AMA Coalition was granted "enhanced amicus" (friend of the court) status to the DOJ's lawsuit against the City that led to the settlement Agreement. While this has given the AMA Coalition historic access to the process of federal oversight of local law enforcement, the community needs to speak out at a "Fairness Hearing" on Tuesday, February 18, 2014 at 9 AM, 1000 SW 3rd, to strengthen the DOJ Agreement.

Documents about the agreement:


* City's budget for implementing the Agreement

It is clear that the DOJ Agreement has the potential to lower the amounts of police violence in Portland and increase accountability, but ensuring these changes requires more strength be put into the Agreement in some places, and modifications to those parts of the Agreement that will hold back police improvements until 2017 if not fixed.

Federal Judge Michael Simon set the February 18 "Fairness Hearing" to allow the community to weigh in on whether the Agreement is "fair, adequate and reasonable." The judge made it clear he will allow testimony in writing or by video (which can be submitted in advance) in addition to in-person presentations in the courthouse (for which members of the public are requested, but not required, to pre-register). Organizations will have up to 30 minutes (up to 3 representatives who can speak 10 minutes each maximum), individuals will have 5 minutes. If you want help formulating your testimony or want to have your testimony taped and sent to the court, please contact the AMA Coalition.

COMMUNITY FORUMS TO PREPARE FOR THE FAIRNESS HEARING

The AMA Coalition is planning a series of community forums to explain the DOJ Settlement Agreement and the purpose of the Fairness Hearing to the community, at which people will also be encouraged to write their testimony and/or record video to send to Judge Simon. The current dates and locations for these forums are: